Spirit Lake Schools opts for some staff to carry firearms 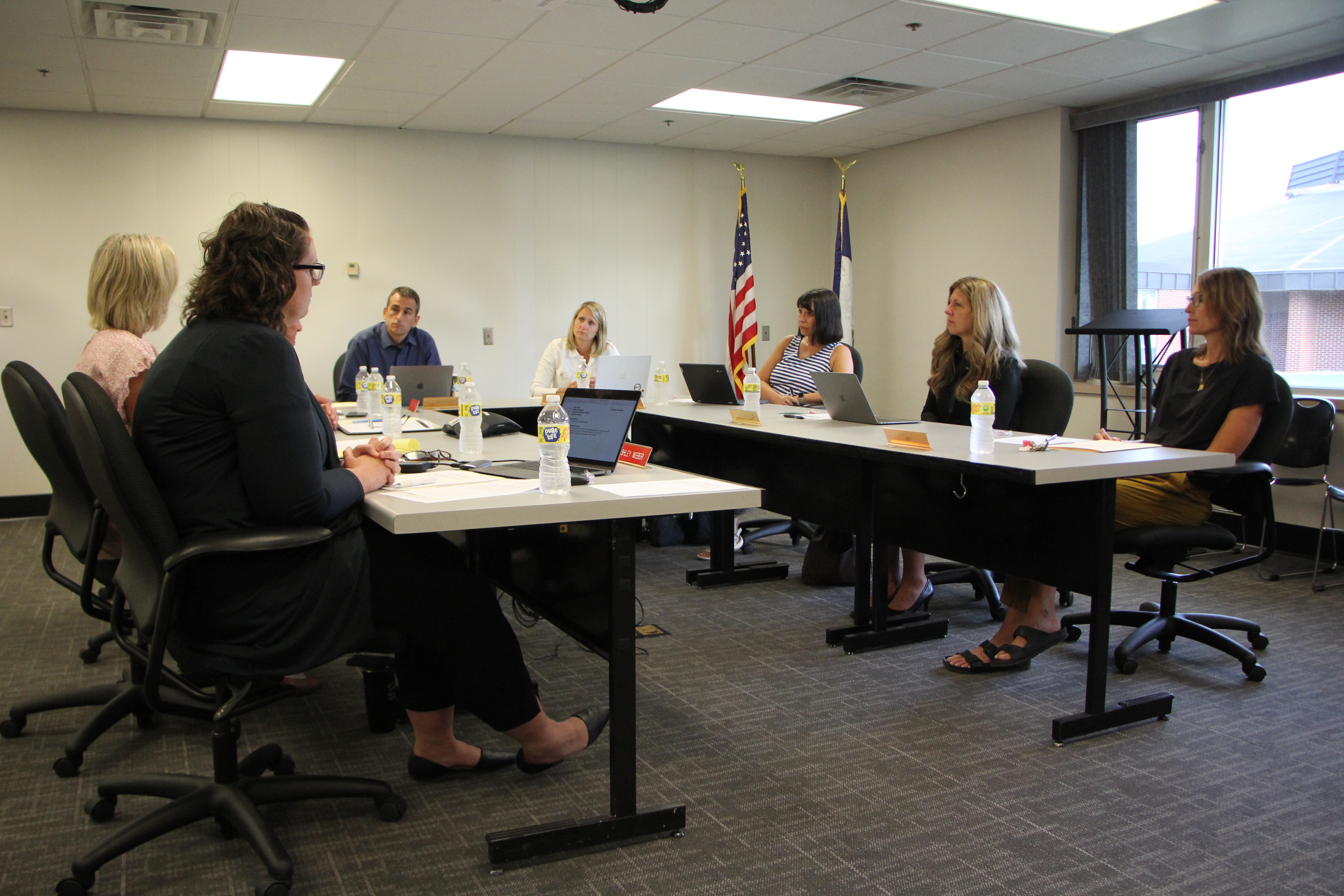 The Spirit Lake School Board voted 4-0 Monday night to allow school administration to designate up to 10 non-teaching staff members to potentially carry concealed weapons to respond to an active shooter on school grounds. (Photo by Seth Boyes)

The Spirit Lake School Board voted 4-0 Monday night to allow select employees to conceal arms or otherwise have access to weapons on school property in order to respond quickly in the event of an active shooter.

The board authorized Superintendent David Smith to designate up to 10 non-teaching staff members to be trained for that purpose. The district released a statement following Monday's vote, saying those staff members will be thoroughly screened and extensively trained by professionals, but their names will not be made public. Smith noted the district would be able to revoke its authorization if the need arises.

Multiple school board members said the issue had been a topic of conversation with both the Spirit Lake Police Department and Dickinson County Sheriff's Office for several months, in the wake of major school shootings elsewhere in the country. Board member Scott Trautman said Monday he had been "as far from saying yes to this as I could possibly imagine" when discussions began, but he also said the district can't expect locked doors and cameras to deter a shooter.

"My love for kids far outweighs what I don't like about guns," Trautman said. "And when I think about it, I've got a kid in each building."

Though Spirit Lake Schools has partnered with the Spirit Lake Police Department for many years to provide a school resource officer, school officials said the district can't financially afford enough resource officers to cover each campus. Dickinson County Sheriff Greg Baloun also noted during Monday's meeting that there are more school buildings in the county than there are officers on duty at any given time, and some of the district's concerns stemmed from potential response times during an active shooter scenario.

“As a school district, we have an obligation to protect our students and staff from a possible active shooter situation,” Smith said in a statement following Monday's vote. “We know that when these events occur, most of the victims fall within the first few minutes. We have determined the right action to take is to give trained staff members the opportunity to stop a killer as soon as possible. In addition, having this policy in place serves as a deterrent for anyone who might consider entering our schools with the intent to do harm.”

Spirit Lake staff members selected to potentially carry concealed weapons on school grounds are to be trained by Chief Sheriff's Deputy Tony Petersen, who is also co-owner of Petersen Firearms Instruction. The staff would learn to respond to an active shooter in a school setting but would not become responsible for law enforcement duties. The weapons training would require a minimum of 40 hours, and the school board will be updated on the training periodically. The school district is still considering whether it will provide firearms for trained staff members, but Smith did say any weapons on school grounds will either be on an approved individual's person or under lock and key at all times.

Angela Olsen, the district's director of special projects, cited statistics from the Center for Homeland Defense and Security, saying the number of school shooting incidents in the country was recorded at about 20 in 1970 and reached 251 in 2021 — the center's database defined a school shooting as "when a gun is brandished, is fired or a bullet hits school property for any reason, regardless of the number of victims, time or day of the week." More than 175 such incidents have been recorded by the center so far in 2022.

Though safety features within the the Spirit Lake School District have continued to evolve over the years, Olsen indicated locks and other preventative measures may not always be enough to prevent a shooter from entering a school.

"If you look at two of the three big shootings — Columbine and Uvalde — they were current students who were the shooters — killers — so that raises our level of concern as well," Olsen said. "They could already have access to our buildings."

Monday's vote did not specify when the district might select staff members for weapons training. Several board members stressed the importance of implementing the policy well over implementing it quickly, and Smith said he foresees the process taking at least 30 days if not several months.

"The things we put in place tonight will hopefully never have to be used, but if they do need to be used, we hope it can save lives," Smith said Monday. 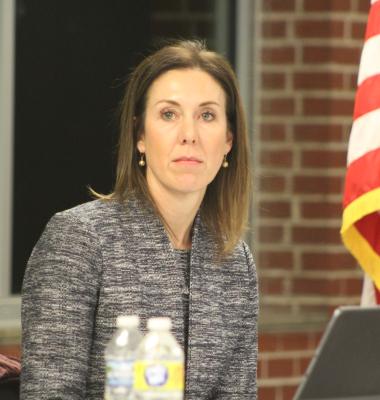 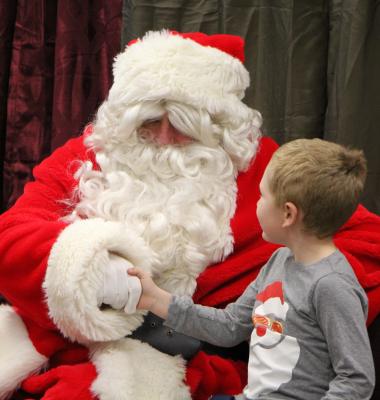 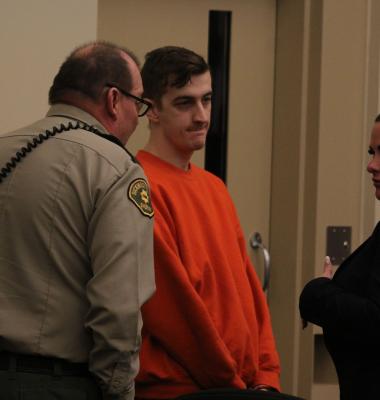 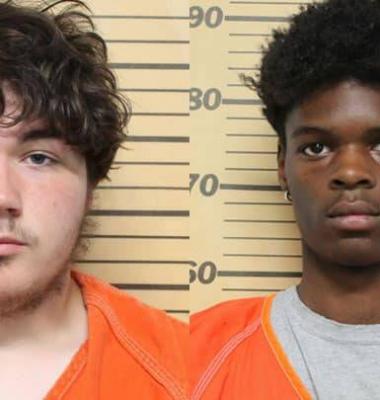 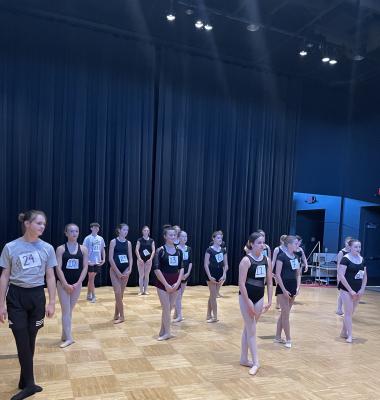 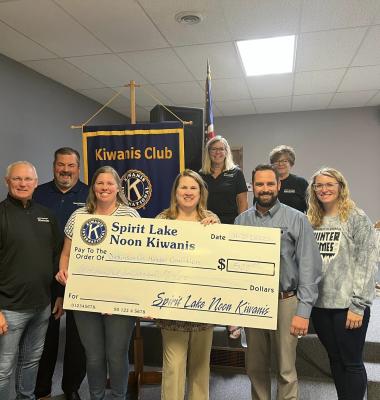